Why Does My Home Still Smell Like Smoke Months After Remediation? 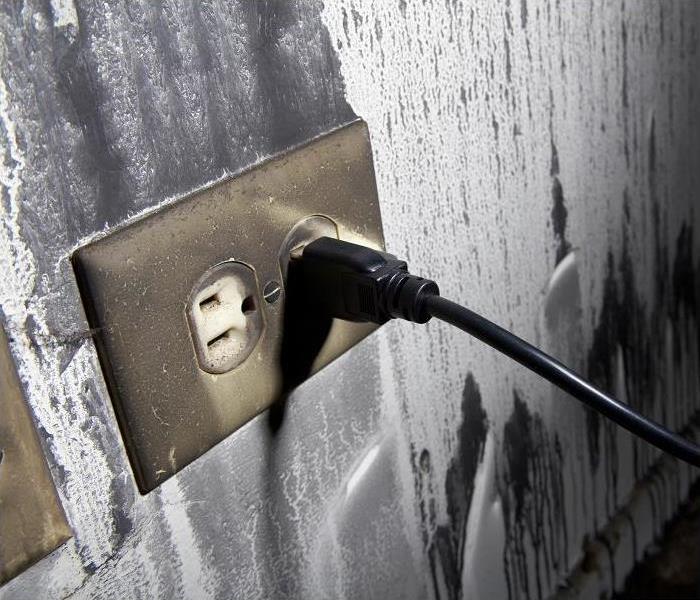 Although extinguished quickly, the smoke from this fire quickly dissipated throughout the home. If not removed properly, the odors can linger long aft

Whenever there is a fire in your home, smoke particles quickly fill the air. As these airborne particles mix with water vapor, they form various compounds that eventually collect on surfaces around your residence. Depending on the kinds of materials burned, these compounds, or soot residues, could either be dry or greasy. Often, soot residues are acidic and can, over time, discolor or corrode wherever they happen to land. Also, these substances are usually the source of most foul fire-related odors. If they not adequately cleaned, your home could continue to smell of smoke months or even years after a fire. It is essential to find the right Wilmington area service to handle your fire damage.

Why are Fire-Related Smells So Difficult to Eliminate?

Experienced Wilmington fire and odor remediation services like SERVPRO understand the difficulties involved in dealing with the unpleasant odors resulting from fires. They also know how to source and successfully eliminate them. With all that said, some of the reasons fire-related smells are so challenging to neutralize are:

These behaviors of fires and smoke particles are what often make fire-related odor remediation a daunting task. They are also why various methods are usually necessary to neutralize the unpleasant smells of fire damage effectively.

Why Do Fire Damage Odors Sometimes Disappear and Then Reappear Later?

Not remediating fire or damage in Wilmington correctly, unwanted smells could suddenly reappear later, which generally happens during warmer, more humid times of the year. Increased temperatures expand the pores of impacted materials, thereby allowing trapped odorous particles to escape back into your home's interior air. Simultaneously, higher humidity levels cause these particles to be more easily absorbed and carried through the air. The airborne odorous compounds make smells return and eventually redeposit in other areas around your house.

How Does SERVPRO Clean Up Odor-Causing Residues?

Soot residues are the source of most lasting fire-related odors. They retain the smoky smells of a fire long after extinguishment, strongly affixing themselves to varied surfaces around your home, and transforming these structural elements and household objects into odor producers. Some of the ways SERVPRO technicians handle these troublesome residues are by:

These methods enable us to neutralize many lingering fire smells successfully, but more is often required to fully restore your fire-damaged home.

How Does SERVPRO Clean Your Home's Air?

Depending on environmental conditions at your location in Wilmington, smoke gases and particles could remain airborne in your house for some time after a fire. SERVPRO professionals employ a vast array of high-tech equipment to remove these contaminants from your home's air. Among other things, this gear includes:

Each of these tools helps tackle harsh fire-related smells and improve your home's overall air quality.

Often, the most difficult things to remediate following a house fire are lingering odors. These are caused by smoke particles in the air, as well as by deposited soot residues. If workers do not clean up this smoke damage effectively, the associated smells could repeatedly return to haunt you every time the weather warms up. Fortunately, local companies like SERVPRO have the experience and tools to do the job right the first time.

Whenever you need assistance getting rid of a fire's unpleasant odors, call SERVPRO of New Hanover at (910) 762-8180.