How Can a Fire Cause Water Damage? 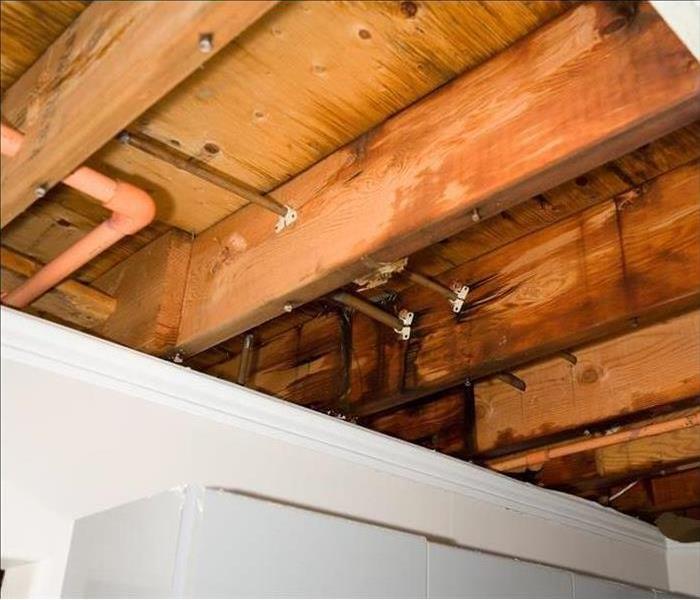 Water Damage from a Leak Causes Problems in Wilmington That SERVPRO Can Fix.

In some fires, damage from the actual flames ends up being the least of your concerns. Fires often trigger damage in a way homeowners do not expect: significant water damage. Whether during the efforts to put the fire out or leaks caused by the heat, fire can directly or indirectly cause your home to take on large amounts of water unexpectedly. If the fire started during a storm, rain or flood water might also deal some damage. Listed are some common ways we encounter water damage after a fire.

Water Damage from Hoses and Extinguishers

After a fire, severe water damage in Wilmington can happen as a result of fire hoses and extinguishers used to douse the flames. These devices, while sometimes using foam to smother the fire, often use pure or mixed water to stop the fire in its tracks. Care is not often taken to controlling the water flow, with as much being used as necessary to stop the flames. This can lead to a heavy dousing of any surface in your home and some mild flooding as a result of fire hoses. Excess water is common after a fire, and perhaps more often than not you'll be dealing with this type of damage. Typically, a small isolated fire in a kitchen or room would not inflict such heavy secondary water damage.

Burst and Leaking Faucets and Pipes

Fire can melt and break metal faucets and plumbing due to its extreme temperature, causing profuse leaks and ruptures wherever it crosses a water fixture. Although these do not often release enormous amounts of water, they can cause considerable damage to floors and walls in their vicinity.

Water Damage During a Storm

Many infernos start as the result of a storm, from a lightning strike or otherwise. The fire may work in tandem with torrential rains, as these are often not enough to put out the blaze but enough to pour through any burned openings into your house. Also, some severe storms may come with massive flooding, which can be exceedingly dangerous due to the presence of Black Water. This highly contaminated water can carry pathogens, silt, pesticides, chemicals, and dangerous debris like broken glass and tree limbs. SERVPRO has IICRC trained technicians that have certifications in ASD, Applied Structural Drying, and AMR, Applied Microbial Remediation to combat the ramifications of contaminated groundwater or sewage.

SERVPRO of New Hanover is a locally owned and operated business that has experience with all sorts of water and fire damage, often at the same time. Should you require emergency restoration services following a disaster, call us 24/7 at (910) 762-8180. We're Faster To Any Size Disaster.